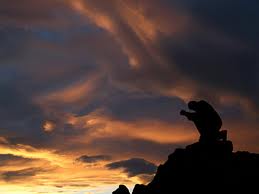 I don’t understand? Your Thanking Science/Medicine for having to take 2 types of medicines for the rest of your days, {with their certain side effects]; plus have a continuous implant, [which will have to be replaced when it wears out]?! And you would rather have this Hon, than having a man by any name reach out and touch you; with the results being that your human medical situation would be permanently gone, with no more need of pills and medical appliances? Hmmm, where is the logic coming from in that choice, in your reasoning? By the way, I wonder. While your Thanking the Medical/ Science Community for serving You well in this area; whom are You Thanking for giving Each and Every person in those institutions their very next breath; so they may continue to serve you, when you have need?

So I received this comment on “Exorcising my right to choose science” and felt it best answered in another entry… so here you go. First off, no one ever said I would be on medication for the rest of my life, and even if I am any side effects are far less than the damage caused by a grand-mal seizure. It is clear that you have never experienced that moment of helplessness when you know a seizure is coming and that there is nothing you can do to stop it. The realization that you may be about to die and no one can help you. The tunneling vision as your brain goes haywire and your world becomes black. For if you had, perhaps you would see that any treatment is completely worth it. Secondly, changing the battery in a VNS is an incredibly simple, outpatient procedure… and my dose is so low it likely will be many years before that needs addressed. People have more invasive dental work done everyday simply because they have neglected themselves, and yet you believe that being proactive towards treating my condition is a hindrance? Clearly your priorities need some tweaking.

Moving on to your religious worries. The man you speak of, whom I should entrust my well being to does not exist. If he did I would hope people would call him out for being such a wretched, wrathful God who allows people to suffer when, as you believe, he is capable of healing us all. If you are wondering if the power of prayer was ever attempted to help with my Epilepsy the answer is yes… though not by me, it was my grandmother who believed. She was always prepared to do a Novena whenever any of us were ill. Though despite her good intentions it never worked, not even when she asked God to help in her own time of need. Luckily, though she was a believer in God she was also a realist who turned to the medical community when a true medical emergency came upon her, such as being diagnosed with breast cancer. Though it could be argued that her faith in Christ gave her the strength to move forward it was the chemotherapy that put her cancer in remission and to deny that is pure ignorance.

Now, I would like to know how many people you know who have received a diagnosis of cancer and refused medical treatment. I’d imagine the answer is zero, unless of course they were told there was no hope… but even then, what were they doing at the doctor’s office in the first place? Shouldn’t they just be blindly living their life hoping for God to guide them to the next plateau?  Let’s step it up a notch, what if you were to slice off one of your fingers while preparing dinner? Would you apply pressure to the wound and rush off to the hospital or would you stand idly by, bleeding on the floor, exposing yourself to all the bacteria in the kitchen and just wait for “a man by any name reach out and touch you; with the results being that your human medical situation would be permanently gone”. I am sure you would go to a doctor and yet you believe that I should not. It is people like you who make it so rational individuals are forced to read about children dying because their parents chose faith healing over medical treatment. Do you remember the recent story of the parents who were finally jailed after they killed not one, but two children through the negligence of waiting for God. If you don’t remember it or couldn’t bring yourself to read it when the story first broke, here is a link.  http://time.com/8750/faith-healing-parents-jailed-after-second-childs-death/

I will swiftly address your last question of who do I thank for giving life to those who work in the medical field. To me it seems obvious, but apparently it still needs explaining. The thanks would go to the parents who gave them life, those who raised them and of course the individuals themselves who take care to make sure they are able to be there when we need them. Doctors, nurses, researchers and all those involved in the healing process, I am thankful to you for keeping yourself healthy and for always seeking to gain knowledge in your field.

Now to be clear this entry is not just directed to Linda Ann, it is meant for anyone who truly believes that God will save them and not science. If you truly believe in this theory, and you practice it, I hope that your own life is the only one you are responsible for. These beliefs are dangerous and this is proven time and time again.

2 thoughts on “Exorcising my right to choose science (part 2)”