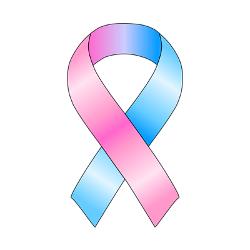 Last night I left all of my online “support groups” that pertain to pregnancy. I was up late because my baby girl had been kicking like crazy and I couldn’t sleep… when I signed onto my Facebook account I realized how fortunate I am. The first thing that came up in my news feed was a picture of one of the groups members babies… stillborn. My heart burned… I felt a sadness for her and my mind couldn’t comprehend the pain of what this woman and her family must be feeling. I cried. I read the comments, saw that people were offering prayers and talking about the beautiful angel God received. I left a message of my own offering to be available if she, or any other girls needed to talk.

Then I saw the newest post in the group, it was a woman attacking the mourning mother, saying that the post should have had a “trigger warning” because this group is about pregnancy and not loss… my mind was blown. I read for an hour or so while these girls tore each other apart. Many defending the woman who lost the child, some just fueling the fire, some going so far as to compare the photo of the child to other photos that require trigger warnings, such as mucus plugs and the bloody show. I was outraged at that. Comparing a human life to a bodily discharge is disgusting, sick and disgraceful. I have heard some similar arguments when it comes to abortion… calling the fetus a “bunch of cells” or a “cancerous growth” … but this was the most despicable example I have ever encountered. It made me physically ill.

I will not say that the image wasn’t traumatic, especially being only a few weeks farther along than she was… but to make a thread dedicated to bashing a grieving mother… I just don’t think it gets worse than that. The discussion turned to fighting… one girl told another she should go kill herself for being so heartless… others started using derogatory terms to attack each other… I pleaded with the girl who started the post to please remove it because it had gone to far… that we could easily discuss being afraid of losing our babies without attacking our friend. It all fell on deaf ears.

I cannot understand how some people can just throw all compassion out the window and attack someone at their very lowest moment. Watching as the posts swarm in was overwhelming… I felt like I was witnessing the Westboro Baptist Church protesting a funeral. I am hoping that I made the right choice in leaving the groups… I typically like to stay and stand my ground when it comes to humanistic issues…  but this was just hurting so much that  I couldn’t bear to stay. There was such a conflict of emotions swirling through me… though I believe wholeheartedly that we have no right to tell anyone how they should grieve, there is also no excuse for telling someone that they should go kill themselves for having an opinion. I can’t wrap my head around which was worse, or why either seemed necessary. For now I think I will just try to relax and cherish my baby Arabella who is still kicking me…

4 thoughts on “oh the humanity… or lack thereof”